This year we proudly sponsored the technical solution for  collecting and reporting the UK Youth Parliament’s voting results.

Young people have prioritised a curriculum for life as a top priority in a ballot of 978,216 young people, aged 11-18, from across the country, on what should be debated by the UK Youth Parliament in the House of Commons on 11th November 2016. The annual Make Your Mark ballot, was championed by Members of Youth Parliament, volunteers across the country, local authorities and schools and prioritised five topics to be debated in the House of Commons.

This was followed in the poll by ‘tackling racism and religious discrimination’, ‘transport’, ‘lowering the voting age to 16’, and ‘stopping cuts that affect the NHS.

Last year racism and religious discrimination, (particularly against people who are Muslim or Jewish), was one of the top issues and was subsequently voted to be the UK Youth Parliament national campaign for 2016 – ‘Don’t Hate, Educate!’

Once again the UK Youth Parliament’s House of Commons Sitting on Friday 11th November 2016 will be chaired by Rt. Hon. John Bercow MP, Speaker of the House of Commons who has chaired every debate in the House of Commons since their first sitting in 2009, as the only group other than MPs able to debate on the famous green benches. Up to 300 elected young representatives from all parts of the UK will take over the House of Commons, marking Armistice Day with a two-minute silence, before debating the five campaigns, and voting to choose their priorities for 2017. Finally, they will hear the Government’s initial response from the Minister for Civil Society, Rob Wilson MP. This year there will be an additional debate on “a better democracy” where “more unites than divides us”.

Connor Hill, Member of Youth Parliament for Dudley, who collected the most ballots said: “Make Your Mark simply proves that young people do want to engage with the political system and have their say on a nation scale. The amount of ballots collected is just something that never fails to amaze me and to have collected 978,216 ballots just makes me even more shocked! From this consultation, we can show that we are democratically campaigning for young people across the nation so that THEIR voices are heard effectively. The best part about such an astonishing figure is that it is all collected by the most inspiring volunteers who never cease to amaze me, and on behalf of everyone, we thank you for Making Your Mark. Thank you for empowering a generation.”

Anna Barker, Chair, British Youth Council said: “Young people have been calling for a curriculum for life for a number of years, and it’s now important politicians sit up and listen to our concerns! Thousands of young people have made it clear what they are passionate about and politicians around the country must ensure their views are heard and acted upon. Once again, young people have demonstrated that if you give them an authentic platform to have their say, they will take part in high numbers!”

Rob Wilson MP, Parliamentary Under Secretary of State for Civil Society, with responsibility for youth policy said: “Congratulations to the 978,216 young people who voted in this year’s Make Your Mark Ballot, and to all the volunteers who have worked so hard to get such a great turnout. It’s really important that young people engage in issues that are important to them and I’m really pleased that so many have chosen to do so through this year’s ballot.”

The Make Your Mark results report is proudly sponsored 1st IT. 1st IT offer flexible IT support and consultancy across a number of areas including, IT infrastructure set-up and maintenance, Microsoft Office 365, Googles Apps for Business, Hosted desktop, helpdesk support, hardware and software(free in most cases for registered charities) procurement, security, backup and disaster recovery. 1st IT is a specialist supplier of IT Services to the Education and Charity sector. 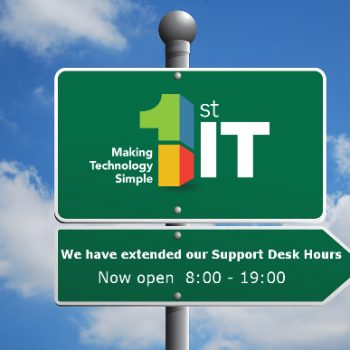 Brexit - effect seen on businesses in the UK from IT companies 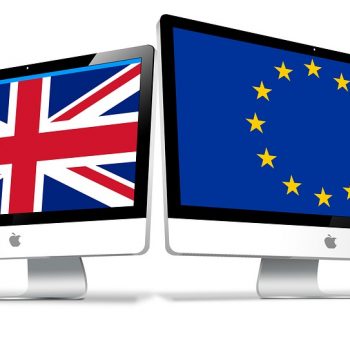